Subaru risked his life to save the children from a pack of Ulgarm, but he was so powerfully cursed that there could be no saving him. Even Beatrice is unable to undo the complex web of curses on him, and says he’ll grow weak and die within half a day. The only way he can survive is if the entire Ulgarm pack is defeated, but time is not on his side. Subaru is ready to give up when he learns that Rem has gone into the forest by herself… Knocked unconscious by Subaru’s attack, Rem dreams of an event in her past that she and Ram would rather forget… a sin for which Rem feels she can never be forgiven. After waking up, she tells Subaru that she’s just committed the same sin again. When the three of them are moments from being cornered by the Ulgarm pack, Subaru takes off to draw their attention so Ram and Rem can escape. 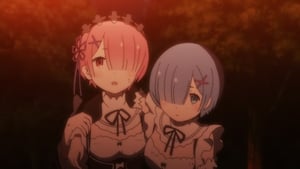 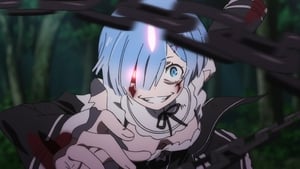 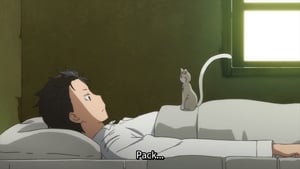