The Enterprise crew go looking for the missing Ariel, a science ship. They track it to a class M planet. Kirk, Spock, and McCoy beam down and after passing through a series of oddly divided ecological regions, are captured by strange slug-like creatures. They are taken to a high-tech zoo where they meet the remaining three survivors of the Ariel. They are exhibits in the zoo belonging to the Lactran slug-aliens, who are highly intelligent. The creatures are so intelligent they don’t recognize the humans and Spock as intelligent. One of the Ariel crewman is dying of an illness, and uniting their mental force with Spock they manage to contact a Lactran child to give them the medical kit and a communicator. The child snatches the communicator just as Scotty beams it up. While the adults concentrate their mental powers on Kirk in an effort to recover their child, almost driving him mad, the Lactran child takes over the Enterprise. After scanning its computers it beams back with Scotty and 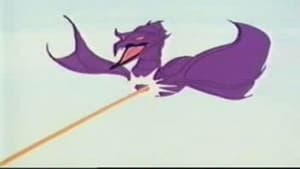